To sync or not to sync, that is the question!

File synchronisation is a big topic – really really big if you take Dropbox’s new feature ‘Dropbox Infinite’ literally. Infinite is Dropbox’s answer to the file synchronisation challenge of cloud storage. And I’ll be honest, it looks pretty awesome.  But what’s all the fuss about?

The idea is fairly simple: you can view all your Dropbox files right from your PC, but your computer will only download files as it needs them.

Previously, you would have to sync entire folders, and everything in those folders would have a copy both in the cloud and on your computer(s). If you chose to sync a folder containing large video files, for instance, you’d have to make sure you had enough space on your drive to fit all the videos in the first place - this is the cloud storage paradigm that everyone is familiar with. With personal storage, it's just something you get used to. But for many organisations it's a bigger issue - for those organisations, removing the reliance on sync could be a game changer. 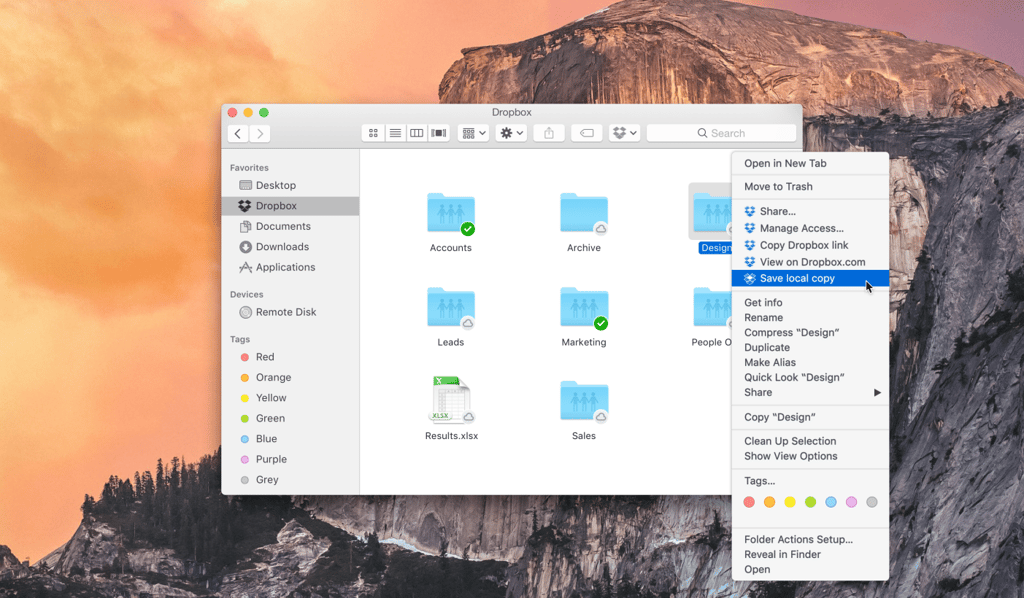 Whether Dropbox Infinite will get serious traction in the enterprise market when Microsoft, Google and Box have already made major in-roads is yet to be seen though.

The cloud storage synchronisation issue is a fundamental challenge to certain types of enterprises, like schools and hot-desked environments, which rely on multi-user machines. This is why products like 'Cloud Drive Mapper' exist, which removes the synchronisation problems from OneDrive for Business & SharePoint Online.

My colleague Daniel Jennings recently wrote a blog about the barriers that file synchronisation poses to cloud storage adoption. To summarise the key issues:

But there will always be a divergence in requirement because sync storage is so appealing for individual consumers. As an individual, I love having files synced between my home computer and laptop, and available through apps on my iPhone. This is likely also true of smaller firms and organisations. But for organisations with a large dynamic user base like a university, file synchronisation is an inherent problem. This is why they look for solutions like IAM Cloud's Cloud Drive Mapper.

How will the major cloud storage vendors respond? Dropbox have revealed their hand, but I suspect that the other cloud storage services like Google Drive and OneDrive for Business will wait and see. Do Google and Microsoft really want to increase the complexity of their products, or split their products into two divisions – one sync agent, one non-sync agent?

Or will they be content on working with partner organisations and add-on products to fill the functionality gap? Only time time will tell. But there is no question that not making the most of the cloud storage offered by the likes of Microsoft and Google is costing organisations money right now. Most the organisations I work with aren’t fully utilizing cloud storage, even though they have access to bucket loads of it. Many organisations are still running a full on-premises file storage server farm at massive expense, while leaving cloud storage to get dusty. Sync or not, the massive benefits of cloud storage are calling. How will you answer?