September 2017 - Barry University, Miami FL, like many institutions in South Florida was unfortunate to be in the path of Hurricane Irma – the most powerful Hurricane to strike the United States since Hurricane Wilma. The Barry University campus was evacuated and experienced significant storm damage. The main campus datacenter lost its cooling systems due to power instability, and as a result the entire data center had to be shut down. This caused a major outage across all systems including Active Directory servers, storage arrays and several other critical IT services.

Fortunately for Barry University, they’d chosen IAM Cloud instead of ADFS to handle their Single Sign-On (SSO). This meant that despite the damage on-site - all Barry University’s users could still access their applications and IT services as normal, undisturbed throughout the Category 3 winds lashing the campus.

IAM Cloud provided more than a simple convenience, as it also allowed the University to stay in close communication with its staff, students and local community ensuring a safe and secure return and recovery after the storm. 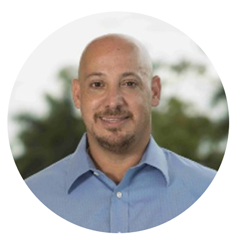 “IAM Cloud are lifesavers, once again. Thanks to IAM Cloud, our major communications systems such as email, Skype for Business and SharePoint remained available throughout for emergency staff and administration to coordinate efforts before, during and after the storm. We originally chose IAM Cloud over alternative SSO options because of this exact scenario, and we’ve been proven right to do so. This isn’t the first time IAM Cloud has saved us. As a Director responsible for ensuring IT Service continuity, I can tell you it’s seriously reassuring knowing that regardless of fire, flood or any other problems on campus, IAM Cloud is still there in the safety of the cloud – maintaining access to all our IT.”

IAM Cloud is a leading cloud-based single sign-on alternative to Microsoft’s ADFS. Unlike many SSO providers, IAM Cloud securely handles authentication in the cloud, so regardless of what’s happening in the server room, IAM Cloud keeps on going.

“There’s been a growing movement around the world to transition applications and IT services into the cloud. The benefits of the 24/7/365 cloud IT model for organisations like Barry University are obvious. Yet for some reason, in order to access cloud services, a lot of organisations have single sign-on systems that still have a dependency to an on-premises Active Directory. Making access to the cloud dependent on an on-premises server, which can easily be disrupted by networking issues, firewall glitches, power outages and natural disasters, doesn’t make any sense to me. That’s why we built IAM Cloud without any of those dependencies or single points of failure.”

See our full video webinar with Barry University to better understand how we work with our customers: