Cloud vs on-premises storage – the facts

By Daniel Jennings February Thursday, 2016 Blog, Thoughts, cloud storage 1
Lots of businesses have now decided they want the agility and cost savings that comes with moving to the cloud. There are lots of different opinions and contradictory information floating around on the internet, and not everyone really understands exactly what it involves. 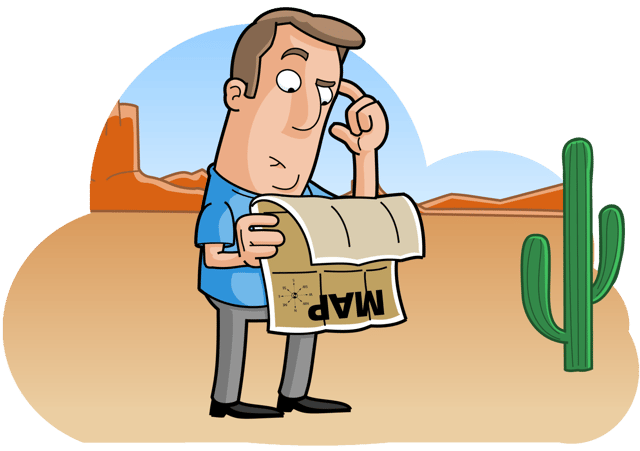 We’ll start by dispelling some of the big myths that certain people want you to believe about moving to the cloud. We’ve identified five misconceptions that we hear the most:

By moving to the cloud you can significantly reduce headaches and time spent maintaining hardware and upgrading software. Now your IT teams can focus on the business rather than being a ‘fix it’ service. They’ll have more time to spend improving business operations and providing dynamic initiatives.

Instead of spending larger portions of your budget on servers for email storage and workloads, you can think strategically and support your business in a much more agile fashion, responding to their needs quickly.

Security is paramount. A security problem could bring down your site and lose you valuable revenue, or it could cost your entire reputation. It’s not surprising therefore that security concerns are one of the biggest for many businesses when considering the cloud.

Security has grown into a full-time job, one requiring a team of experts, and the few experts available require hefty salaries that a lot of companies just can’t afford. By working with large cloud based organisations like ourselves, you get access to some the best and brightest in cloud based security. For example, all of our data and code live within Microsoft’s ultra secure Azure data centres. Not only are these highly secure against physical and digital attacks, Microsoft obfuscates the physical machines that the data are held on from those who work there, so there is no risk of an internal breach.

Most technology providers are now ‘cloud first’, which means that all of the latest developments and innovation is happening in the cloud, and then latterly translated into on-premises solutions. As time progresses, it is likely that increasing focus will be put into the cloud, and less on on-premises so a disparity in technology is likely to emerge. The cloud also innovates more quickly against advancing cyberattacks, whereas on-premises software updates can take longer to be released and longer still to be implemented.

Cloud-doomsayers also tend to neglect the most common security weakness of all: people. People are by far the weakest link in security systems – the two best solutions against this are education and innovations in technology. On-premises solutions provide no advantages in either area.

Data sovereignty is a concept that has emerged with the cloud. The legal jurisdiction where your organisation exists can dictate where associated corporate data must be held. Public sector organisations in Europe are legally required to store all data within the European Union. Most public cloud providers offer a range of data center locations – e.g. Microsoft Azure has a North EU data centre in Ireland and a West EU data centre in the Netherlands. Most cloud providers, like IAM Cloud for example, give customers the choice of where their data resides. Data sovereignty needn’t be a problem for your organisation – but we advise you to do the relevant due diligence during the tendering process.

Moving to the cloud could cost me my job

The hype surrounding the impact of cloud on IT resources can be easily dispelled. Instead of taking jobs it is in fact creating them, with industry predictions suggesting that by 2017 cloud computing will have created more than 15 million jobs worldwide. As with any new solution, the ever increasing shift into the cloud will require a host of cloud-savvy experts whose skills and knowledge will strengthen growth and development. Your career will be secure so long as your skills evolve with the times.

When you start to consider how to move large amounts of data to the cloud, it’s easy to see why some people might think its too big of a challenge.

While early cloud supporters proclaimed the cloud as the Holy Grail, no one really believed you would move your entire enterprise to the cloud over the weekend. Most implementations start with moving a single application and growing from there.

We’ve found that a lot of our customers like to start with something simple. For example, our Cloud Drive Mapper is the perfect place to start as it allows you to access cloud storage in the same way as you and your users have been accustomed to accessing network storage for years. Once you’ve done that you can then start to think about moving the actual data. 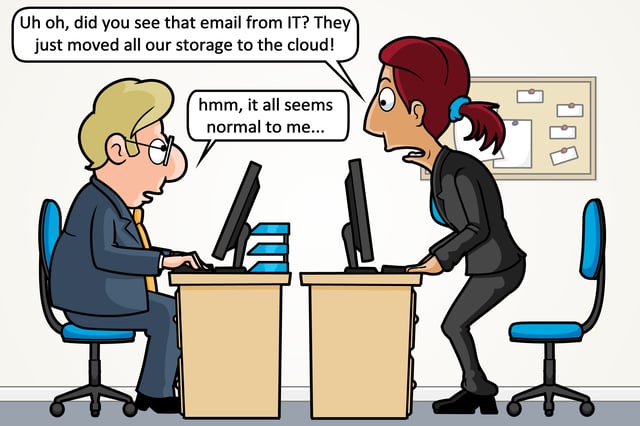 On the downside though, on-premises storage comes with significant upfront costs. There are several other costs that need to be considered. These include additional licensing costs for desired features, ongoing annual hardware/software maintenance and personnel to manage the system. Along with these costs there are others that sometimes get missed when factoring the cost of on-premises storage.

Even though today's servers are more energy efficient than they’ve ever been, this doesn't mean their electrical consumption needs should be ignored. Unlike standard computers, the average solid server has a mixture of multiple socketed processors, dual power supplies, multiple sets of hard drives, and numerous other components that regular computers don't need because the key to a server is uptime and availability.

All that equipment comes with a hidden cost - electrical overhead. And not just the power needed to keep servers running. Servers produce high levels of warm air, which in turn also needs to be cooled, unless you prefer replacing your servers more often than you would like.

Putting a figure on your server's total energy footprint is tough to do accurately unless you have a data centre with powerful reporting equipment. This post by Teena Hammond of ZDNet has found that the average cost to run just one server is £500 per year.

If you have a shared data closet, then you may be able to share some of your electrical costs. But for most smaller businesses that pay for all their electricity they use, energy needs should be on the table when you’re discussing moving to the cloud.

The 5 year rule is simple. On the average, businesses replace their on-premises systems every 5 years. It may be different depending on your industry, but on average, five years is a good lifespan for a 24/7 server used in most workplaces.

For those of you pushing servers past that lifespan, you're running the risk of unexpected failure during the migration to a new system, or increasing the risk of paying for costlier migration fees.

The 5 year rule is something that many decision makers don't take into account because they see the cost as being too far off to consider now. Yet, when looking at cloud vs on-premises we think its very important to consider the long term costs as well as the short. By moving to the cloud you get rid of the 5 year rule by paying just one fixed cost.

This can be the biggest snag of them all. The one most businesses forget about when running the numbers. Most of the time this never even gets discussed because its out of sight, out of mind.

Total cost of ownership is the most accurate way to measure on-premises vs cloud solutions. We’ve produced a cloud savings calculator for those in education so you can easily see how much you could save when factoring in all the unmentioned costs of on-premises storage.

Although we admit there are a lot of other variables that haven’t been mentioned in this post (we’d be here all week if we tried to do that), what we’ve highlighted is that moving to the cloud will not only save you money and make you a lot more energy efficient, its also a lot safer and easier to do that most people think.